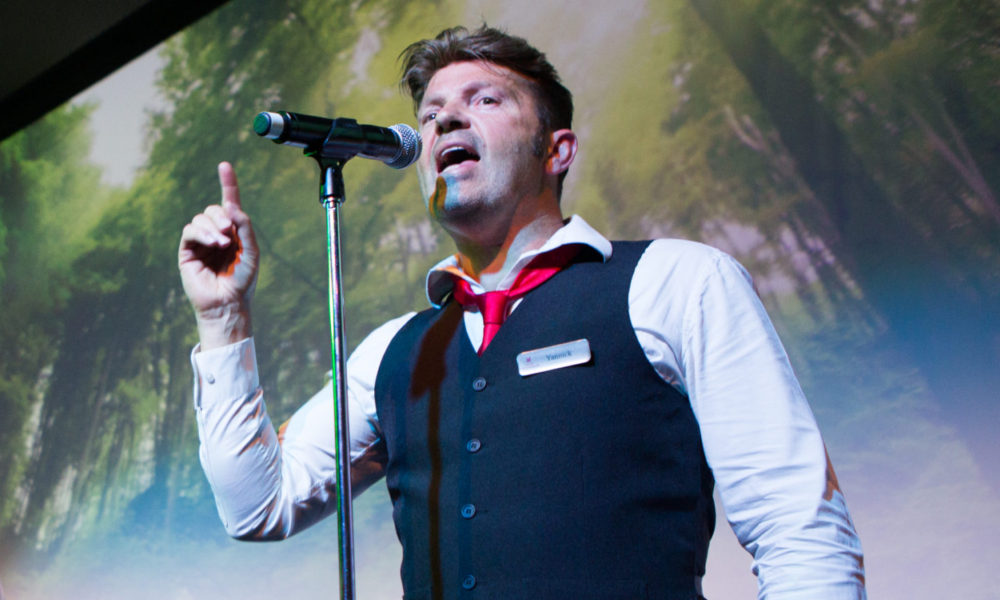 Aaron has also been in front of the camera as a model in the 80s, dabbled in magic as an illusionist, performed as part of a Beatles tribute show, created a number of successful Christmas shows and continues to run and front a murder mystery dinner theatre in Christchurch.

Working alongside John since 2004 Aaron has helped bring their unique enthusiastic brand of corporate entertainment services to conferences, gala nights, team building days and events all over New Zealand.

Never one to sit still he is currently working on locally produced comedy series Don’t Be Frank which follows a first-time film producer on her journey working alongside an amateur film director called Frank, played by Aaron, as they make their first motion picture – an apocalyptic, superhero, romantic, zombie-war film.

Follow enthuse, John and the Singing Waiters on social media